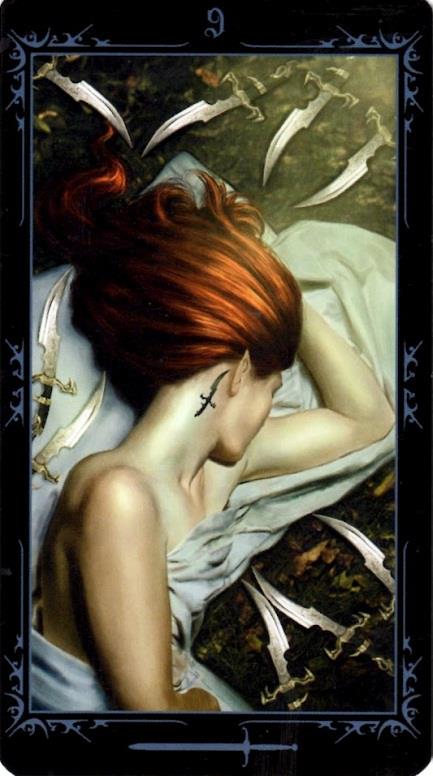 The Nine of Swords denotes a tendency to be self-critical and is aligned with Mars in Gemini. It speaks of cruelty to the self, causing much anxiety and fear, restless sleep with disturbing dreams.

Negative habits of thinking are ingrained and have become hard to eradicate, but over the coming weeks you will be drawn to people, places and ideas that present an opportunity to release these thought patterns and find more gentle and peaceful ones instead.

You may find yourself caught in an internal debate over two points of view, with neither side winning. A better strategy would be to direct that Mars energy into physical activity – when you change your physiology, then your focus will change to a more positive one.

Practice accepting yourself and all the gifts you bring to the world, and make that the focus of your thoughts instead.

Hang out with positive people and refuse to get drawn into negative conversations now – don’t worry, there are plenty of people willing to do both and the choice is yours whose conversation is more beneficial!

Understand that this way of thinking is a pattern that is formed over time, almost without you noticing, and so the Nine of Swords arrives to tell you it is time to fight back and regain self-love and acceptance.